The choir of world cultures sings for the first time the “Flussbad Berlin” song composed by Barbara Morgenstern at the 3rd Berliner Flussbad cup 2017. Unfortunately, the Flussbad swimming cup  had to be canceled because the Spree was too heavily polluted by heavy rains in the days before. So we made the audience sing along instead.
The Flussbad Berlin is a project for the transformation of the Spree Canal in Berlin-Mitte, the canal should be ecologically cleaned and used as a river bath. 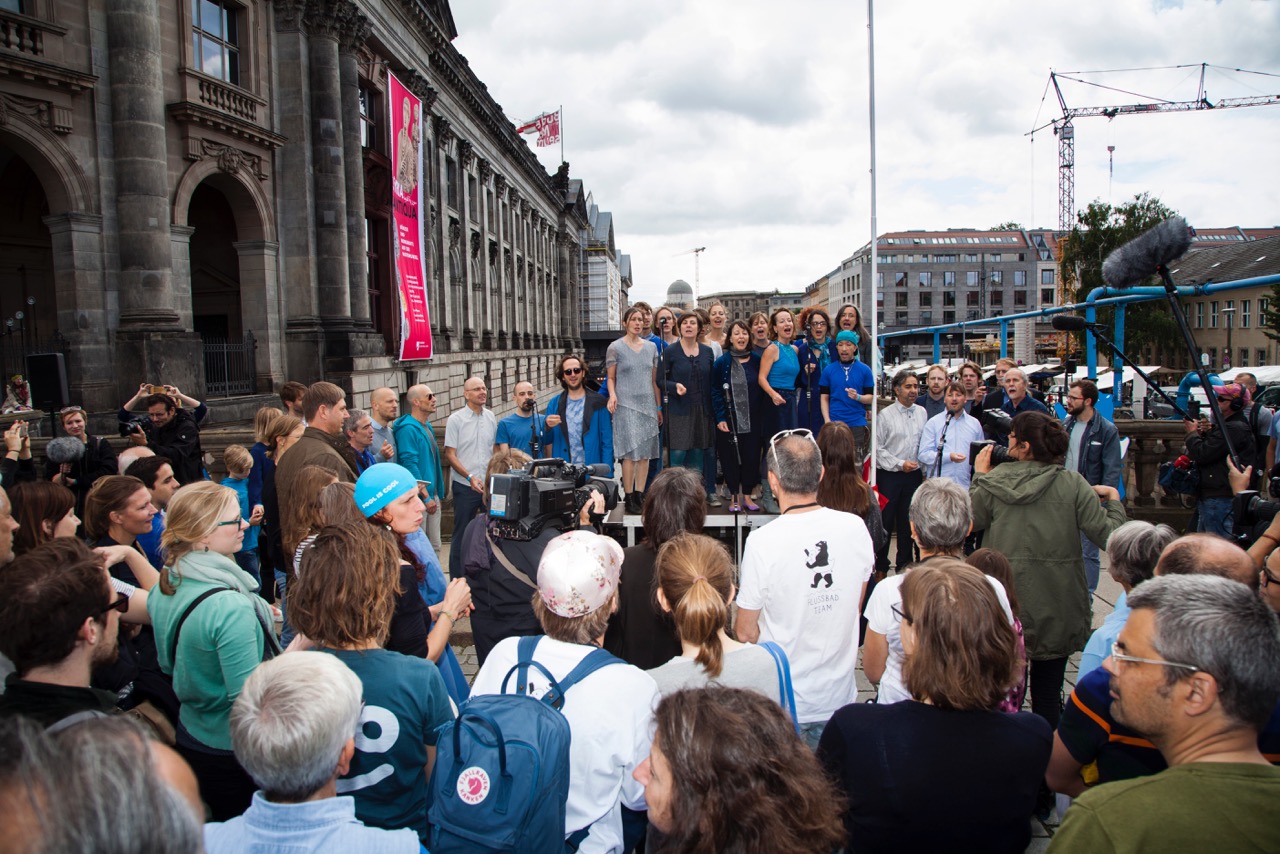 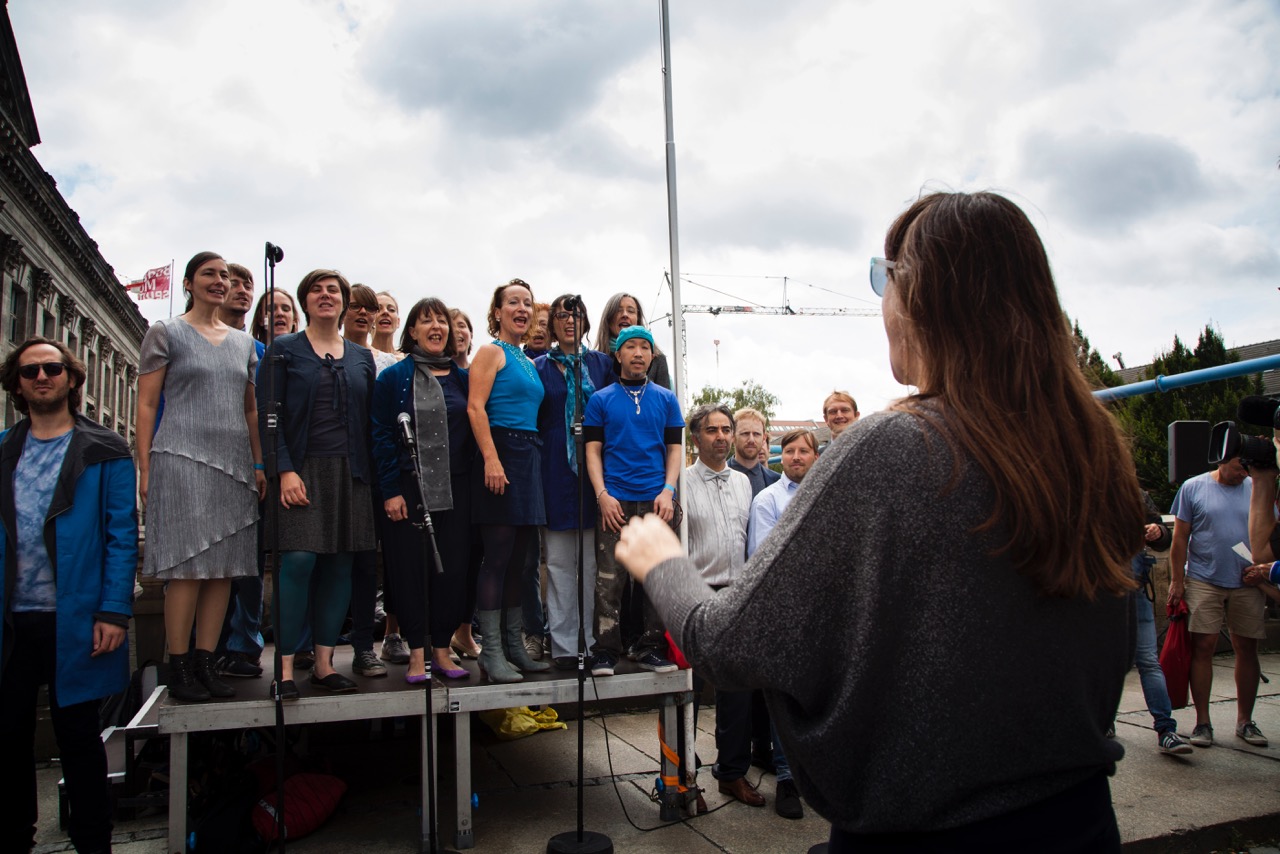 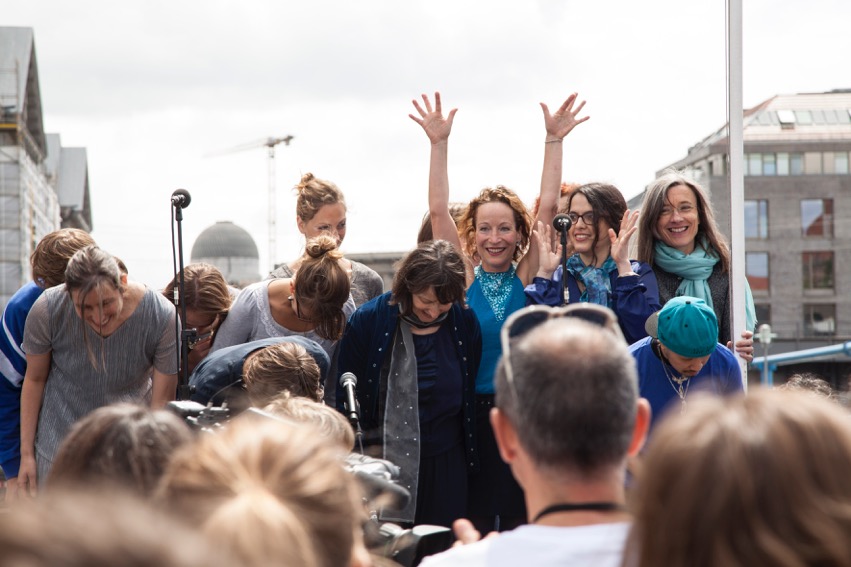